Forming and hardening in one assembly line

Wickert has developed an assembly line, which combines forming, quenching and hardening in one single operation.

Similar assembly lines usually consist of a high-temperature furnace and a forming press with integrated quenching. Water, polymer or hardening oil can be used for quenching.

When combining forming and quenching, a metal sheet is heated up to a temperature of about 1,750 °F. It is then placed into the forming press, where it is formed and quenched within the forming tool. The forming tool is modified accordingly.

Another advantage is the quick contact between material and quenching medium, ensuring quenching at the right temperature. This typically prevents the development of ferritic structures. This is a big advantage when working with thin boards of about 2 – 4 mm. 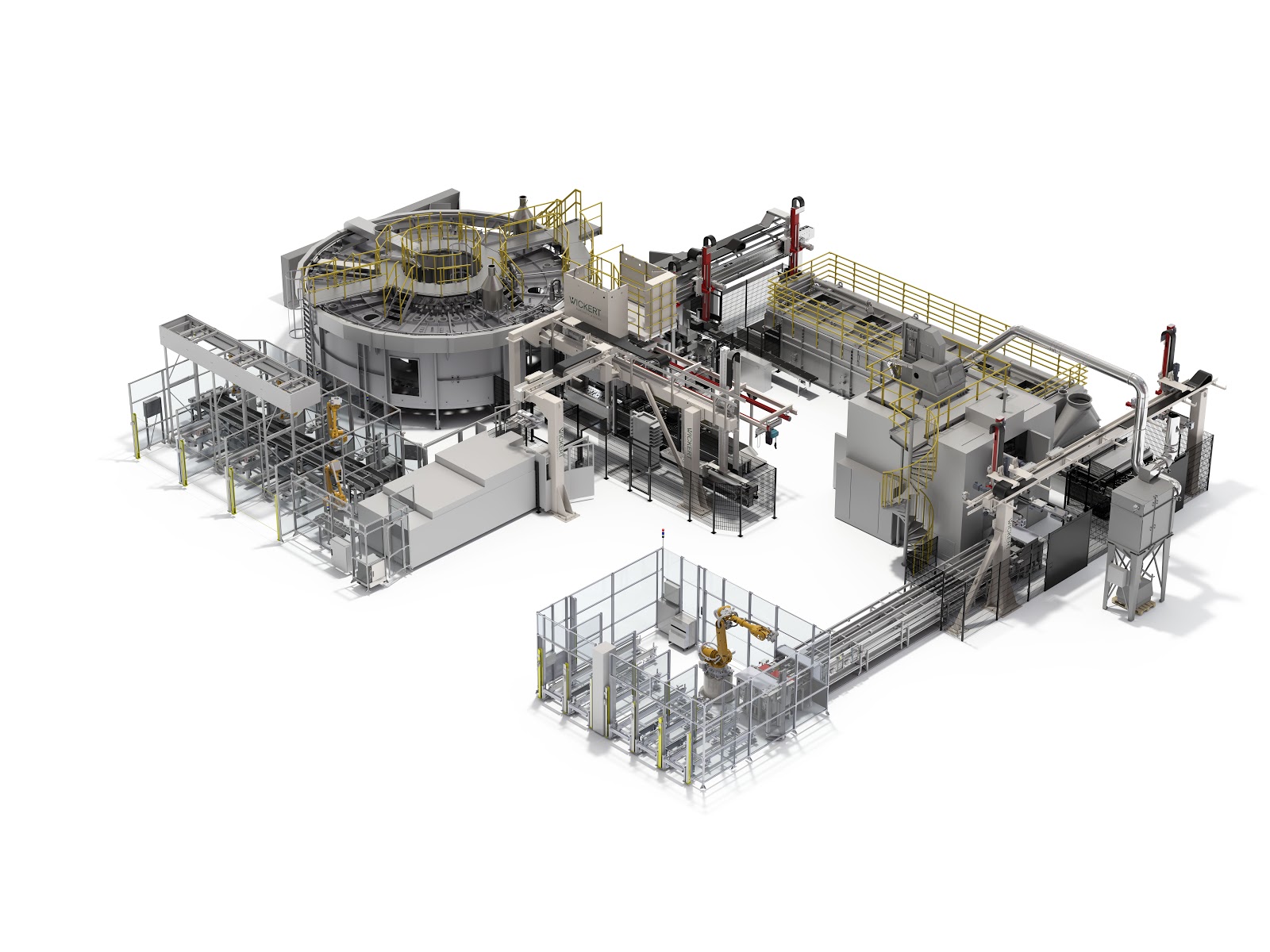 HARDENING TIME IS REDUCED BY UP TO 50%

A socket for the return flow of the quenching medium is placed in the tooling plate, directing the liquid into the filter system. These sockets enable controlling of the internal pressure of the forming tool and can be used to shorten the “Leidenfrost effect”. The cooling process moves to the boiling phase more quickly, which breaks the vapor coating. The quenching liquid only then touches the material. The results are significantly shortened process times.